Shortly after Devin came to live in our home, it became apparent that he would become fixated on certain things.  Once a fixation started, it was very challenging to get him to do anything else!

When he first came to live with us, most of Devin’s fixations had to do with things that would fly.  He would sit and stare at a balloon in the air for hours!   A couple of months after his arrival, our local county fair was held and my daughter and took Devin to take a look around.   We had talked to him on the way to the fair about staying close to us and holding onto someone’s hand at all times.    Everything was actually going smoothly until one of the vendor booths happened to be

handing out balloons — not only balloons, but blue balloons and that was Devin’s favorite color!   We stood in line for a few minutes to get a balloon and my daughter thoughtfully tied the string around Devin’s wrist to it would not fly away.   Devin’s attention was completely captured by that balloon for about an hour, and then tragedy struck — someone bumped the balloon with something sharp and it popped!    Devin threw himself onto the ground and went into a complete meltdown!   We finally got him out to the car to go home, but for weeks all we heard about was how his balloon “died”!

Flags were another early obsession — one that I thought was a bit appropriate since his birthday is on Flag Day!   It did not matter if it was a flag flying outside a building or the picture of a flag on some clothing — again, it would capture his attention for long periods of time!   So did kites and airplanes!

As Devin got a little bit older, his obsessions with balloons and flags continued, but he had discovered things that would spin.   We bought him a bicycle for his birthday when he turned 5 — he had little interest in riding it, but would set it on it side and watch the tires spin for hours!   My daughter bought him a top, and even though he could not make it spin well himself,  he would spend most of the day trying to get people to make it spin for him! 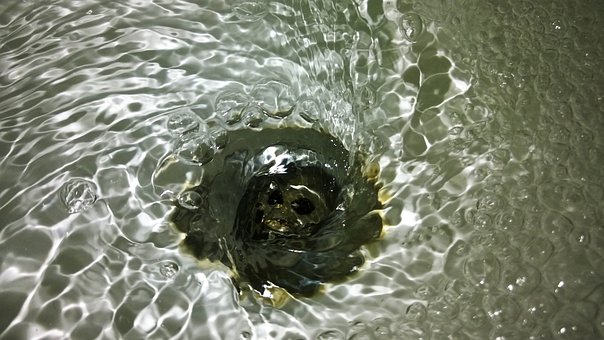 Similar to the spinning bicycle tire, Devin discovered the spinning motion that water would make as it went down the drain.   We could not get out of the bathtub until there was no longer any water circling the drain, and if he was not being watched closely he could usually be found at the bathroom or kitchen sink with the water running so he could watch the water go round and round down the drain!

When Devin was in the third grade, he discovered some I Spy books in the school library.  Every week, he would check out one or two of these books and we would spend hours throughout the week trying to find the items listed on each page.  He also became fascinated with books about The TItanic and brought those home to look at.   The first time he watched the motion picture, he kept saying “That is not in the book” throughout the entire movie!

Now that Devin is a teenager, his fixations have graduated to bigger and better things.  He loves to spend time making things and “tinkering”.   In fact, one of the items written into his daily schedule at school is that once he finishes a certain amount of schoolwork he is rewarded with an hour to “tinker”.   Although his IQ level is rated in the 1 percentile, he is a very creative young man!   And if he is not tinkering, he is drawing or working with plants.

If you have a comment, suggestion or question for me, please feel free to leave it below!   And if you know someone who has autism fixations, I would love to hear about them!